Should You Buy A Nespresso Inissia, Nespresso U Or Nespresso Pixie Coffee Machine?

All of these Nespresso coffee machines will ‘do the trick’ for basic but great coffee, and many features are common to all of them. None of them come with an Aeroccino / milk frother as standard, which is an accessory reserved for some of the more advanced machines such as the Latissima Plus. 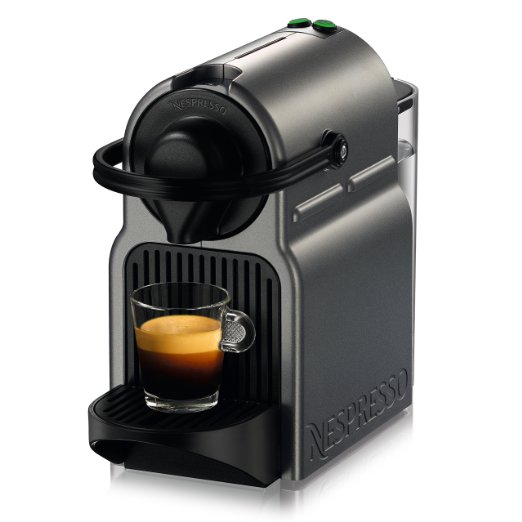 The Nespresso Inissia coffee maker is an affordably priced coffee maker found in the region of $100 at time of launch – it is the newest entry level coffee machine by Nespresso. Easy insertion and ejection of capsules comes as standard and you’ll find no corners cut here, with Nespresso’s compact brewing unit technology giving the Inissia a fast preheating time of 25 seconds.

Nespresso Inissia comes with 2 programmable buttons for lungo and espresso preparation. It features a removable 24-ounce water tank with a folding cup tray for different recipe glasses. Finally, you also have the standard used capsule container which will hold between 9 and 11 spent Nespresso coffee capsules.

The Inissia also has an automatic power off function after 9 minutes of inactivity. However, as the most inexpensive model it foregoes a few features: there is no on/off switch (simply plug in and wait for it to be ready), and there’s no LED indicator for when you need to add water to the tank.

This machine, while basic, will do the main job of making a good Nespresso coffee and do it both consistently and well. As an entry level product Nespresso have really done themselves proud here. However, if you are looking for something better and more advanced, we’d suggest you to keep reading. 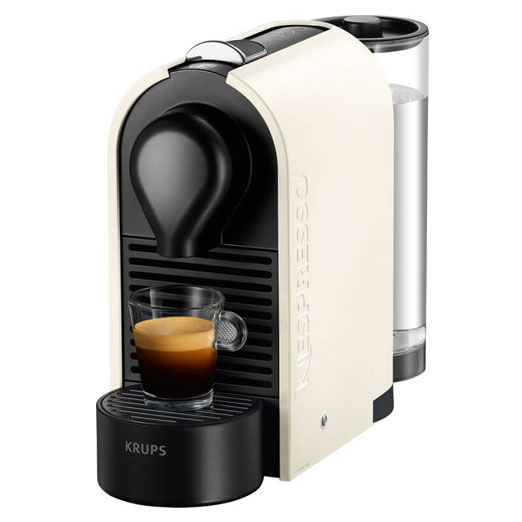 The Nespresso U is an alternative to the Inissia for an entry level model. This is a slightly advanced machine that comes with fully automatic piercing, brewing, and ejection of used capsules that give you the ability to retract coffee and stop it from dripping after the coffee is brewed. The U has a slightly higher capacity 27 ounce water tank and has an equally fast 25 second preheat time. The biggest difference here is that the Nespresso U caters for larger cup sizes as well, featuring 3 coffee sizes (espresso, ristretto and lungo). The Nespresso U also features a magnetic drip tray in order to hold larger milk recipes.

A slightly larger 12-capsule empty tank is bolstered by a nice light indicator that tells you when the empty capsule tray is full, or that more water needs to be added to the coffee machine.

The Nespresso U can deliver a wider variety of coffees and it is more suitable for slightly advanced users. Experimentation with sizes of coffee cup and the potential addition of milk (but note this doesn’t come as standard) are what’s most attractive about the U. 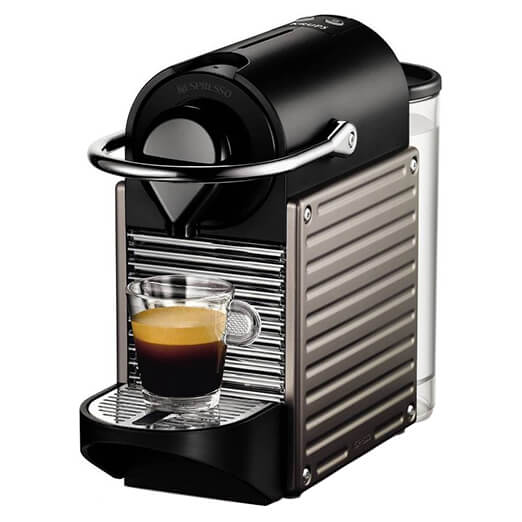 The Nespresso Pixie is broadly similar to the Nespresso U – there are the same fast heat times, automatic off functions and both have a convenient drip tray (although the Pixie’s folds up while the U’s is entirely removable). The main differences are in size, modularity and aesthetics.

In terms of expansion and potential to grow, the Pixie falls a little short of the U. The Nespresso U is built with possible expansion into the U Milk, allowing for milk based coffees as well and three different coffee cup sizes. The Nespresso Pixie only comes with two sizes as standard and while it’s possible to use an Aeroccino Plus unit with it, the Pixie isn’t naturally designed to be as easily compatible as the U. However, if milk based coffees aren’t your thing then this won’t be that bad for you.

Finally, there’s style and colour. The Nespresso Pixie has Pixie Clips which allow you to take off and put on a wide variety of coloured sides to your coffee machine designed to suit whatever style of kitchen the machine gets placed in. While both the Nespresso Inissia and Nespresso U have options for colours, they are nowhere near as close as the Pixie as you could end up with potentially endless designs to suit a single coffee machine. 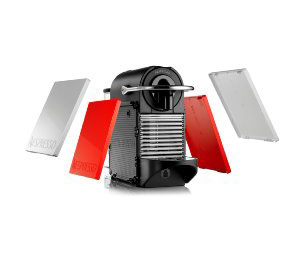 In conclusion, all three coffee machines by Nespresso would do an excellent job at entry level, but there are a few useful pointers that you can take away if you had to decide between them: